Leftover pictures from Jefferson City: the state capitol, a wall mural on a deserted site I passed, and Dunklin Street (home of Dunklin Donuts?) 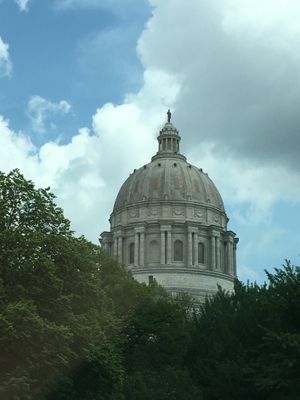 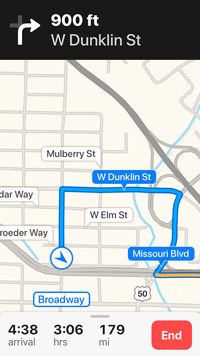 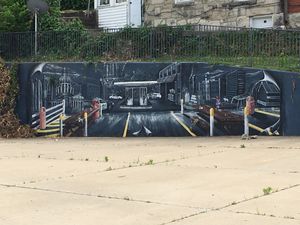 Woke up in Lawrence feeling much better.  Nice breakfast from Lisa and Bob – comfortable room, too.  Weather’s warm, but not too hot.  Once I was properly caffeinated I went out exploring.  I was immediately faced with a mystery: Why is the main drag named Massachusetts Street?  And why are the adjacent streets named for various states, but in no particular order? 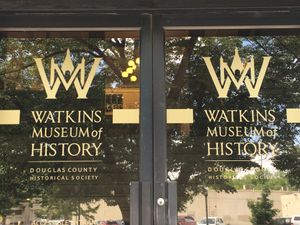 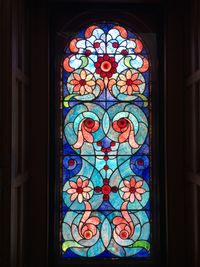 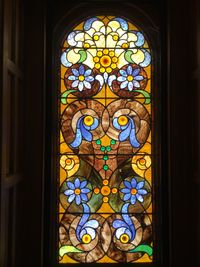 I found the answer at the Watkins Museum of History – a terrific small museum with excellent displays.  Turns out that the origin of Lawrence was related to the issue of slavery in the United States.  The territories of Kansas and Nebraska were created by the Kansas Nebraska Act of 1854, which made it a local decision whether to allow slavery.  Outrage motivated anti-slavery forces into action and before long settlers were flocking to Kansas with the intention of banning the practice.  The most active of these movements to colonize Kansas was from New England and one of the first was from Boston.

Violent clashes between free-staters and pro-slavery settlers marked the next year.  John Brown, later to lead the unsuccessful raid on the armory at Harpers Ferry, was one of the participants.  This period of tumult and internecine warfare led to the appellation “Bleeding Kansas.”  During the Civil War, William Quantrill and hundreds of Confederate guerillas attacked Lawrence, burning most houses and businesses and murdering 200 men and boys.  Retribution upon Missouri, a pro-slavery state followed and vengeance and retribution continued for the duration of the war, falling “… as usual in this border warfare, upon the innocent and helpless rather than the guilty ones.” (Wikipedia.com)

I mention this much detail because the visit helped tie together a bunch of historical loose ends rattling around in my brain and gave context to things I had learned in Gettysburg, Harpers Ferry and elsewhere.  I’m not a dedicated history buff, but I like to know why things are the way they are and these places and events helped shape the America of today.

Getting back to street names, after Massachusetts Street became the city’s heart, the streets east of it were named after the 13 colonies.  However, even there, abolition was in play and southern states such as Georgia and South Carolina are missing.  West of the main thoroughfare, streets were named in the order they joined the union, but that process faded after a while.  So it remains an odd set of street names, reflective of history and politics.  I drove around many of them, admiring the many handsome homes and lush, treed streets.  The white house is one of the only ones which survived Quantrill’s Raid. 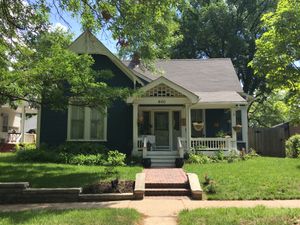 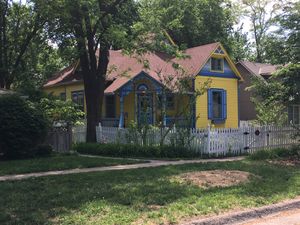 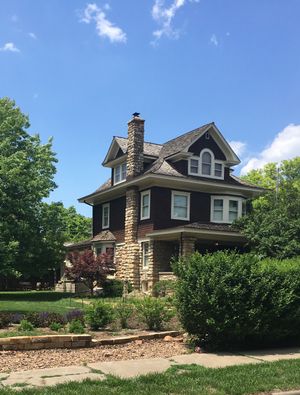 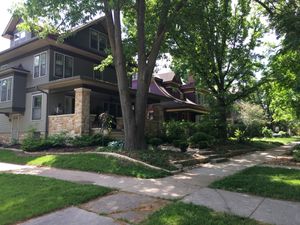 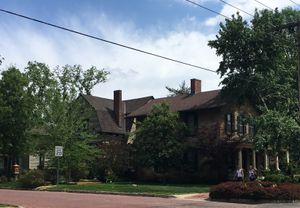 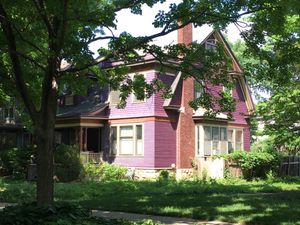 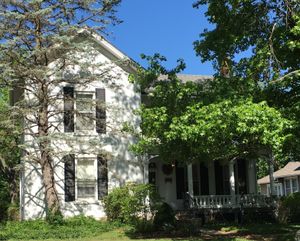 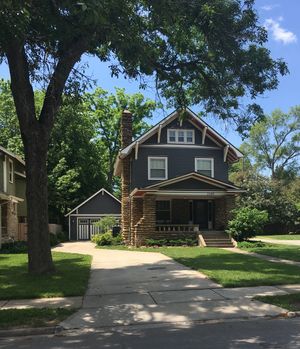 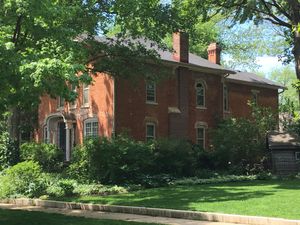 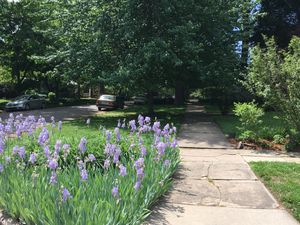 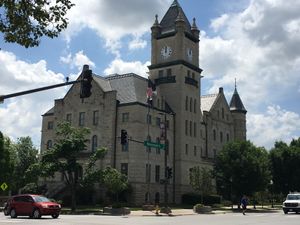 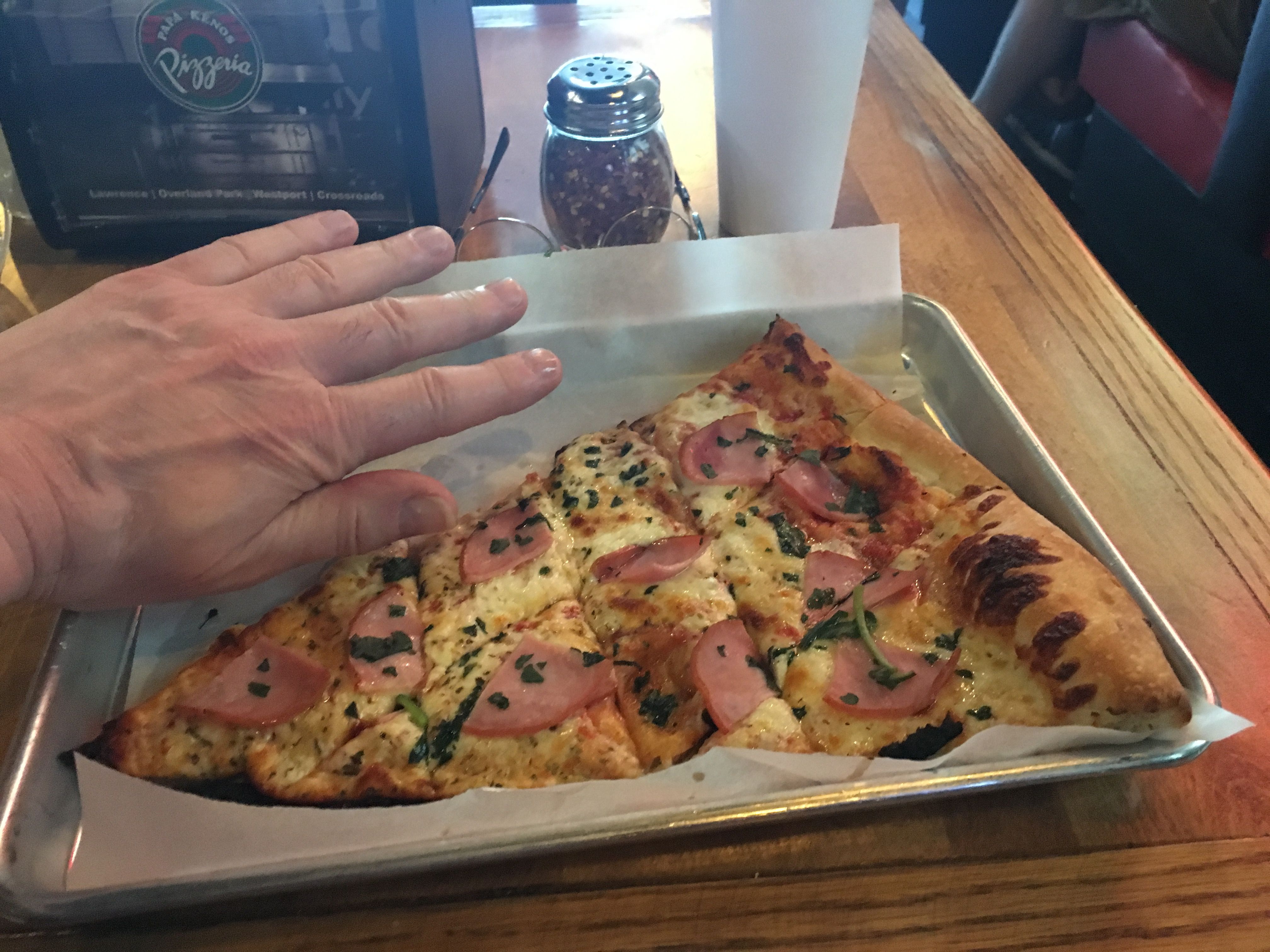 All in all, my stay here was very satisfying.  The Burches were gracious hosts and their home was a lovely place to stay.  Ate some good food – gumbo, tacos, and a slice of pizza much bigger than my hand at Papa Keno’s.  I went to the Spencer Museum of Art at Kansas University, which had an interesting and engaging show called Big Botany and a first-rate and diverse primary collection.  I missed going to the Natural History Museum, which ostensibly has a remarkable collection of fossils.  Didn’t have any opportunity to play music, though.  Next time.